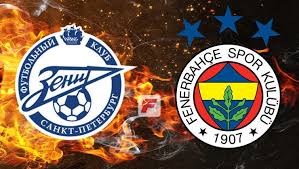 Zenit faces Fenerbahce in a second 1/16-final game from Europa League. Let’s have a look at this game in the beautiful city of Saint Petersburg.

Zenit have a tough task here after losing with 0-1 the first game in Istanbul. Islam Slimani scored the only goal in the match at the Sukru Sacacoglu, giving the Turkish team a clean lead before the second leg. Now the Russians are aware that they must score goals at home, but they must also avoid conceding at any cost.

Sergei Semak’s boys were a little bit unlucky in Istanbul, too. In the end of the first half Zenit got the chance to execute a penalty kick, but Robert Mak was unable to score from the spot. In the second half the Russian team tried to equalize, but Fenerbahce defended well.

In the Russian Premier League Zenit are leaders in the standings with 34 points, having one point advantage in front of the second Krasnodar. But they are in a pretty bad shape at the moment, losing three of their last four games. In their last match Zenit suffered a 1-2 loss at home against Rubin Kazan.

Meanwhile Fenerbahce are having a pure nightmare of a season in the Turkish Super Lig. Right now the Istanbul giants are 15th in the standings with 24 points, being in a danger of relegation. They are currently on par with the 16th Ankaragucu and the danger zone. They have won just 5 of their 22 games in the Super Lig from the beginning of the campaign.

We shall expect a very competitive second leg in Europa League between Zenit and Fenerbahce. The Turks are favourites after their win in the first game, but you can be sure that Zenit won’t give up without a fight.