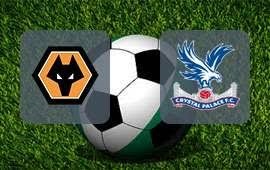 Wolverhampton Wanderers welcomes Crystal Palace in a game from the 21th round of the Premier League. Now it’s time to examine this clash at the Molineux and see what’s going on with these two teams, just two days after New Year’s Eve.

For a newcomer in the league, Wolves are doing very well. At this point Nuno Santo’s team is 8th in the standings with 29 points and a record of 8 wins, 5 draws and 7 defeats. There’s no doubt that Wolverhampton are the newcomer with the best performance in the league this season. Their Portuguese manager Nuno Santo is doing great job at the Molineux and we can see this by the way his team performs.

In their last five games Wolves won three times, which is a proof of their quality. In their last game Wolverhampton enjoyed a very surprising, but terrific 3-1 win over Tottenham at the Wembley. As you can guess, Tottenham were the big favourite in this match. They even opened the score with a goal from Harry Kane, but after this everything went wrong for the Londoners. Willy Bolly equalzed for Wolves in the second half. After this, Raul Jimenez and Helder Costa also scored for the visitors. It was really a great win for Wolverhampton.

As for Crystal Palace, the Londoners are currently 14th in the league standings with 19 points. Their record so far shows 5 wins, 4 draws and 11 defeats. They are 4 points above the relegation zone and the 18th Burnley, but they must continue to win points, if they want to survive.

Recently Crystal Palace enjoyed a win over the champion Manchester City at the Etihad, which was their best performance for the season. But after this Palace won just one point, losing against Chelsea and doing a draw against Cardiff City.

That’s what we had to say about the Premier League clash between Wolverhampton Wanderers and Crystal Palace. Good luck!