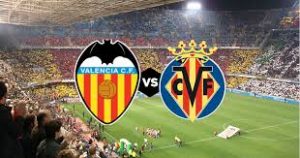 Valencia hosts Villarreal in a second leg from the Europa League 1/4-finals at the Estadio Mestalla in Valencia. Los Che have a very good advantage in this tie after their 3-1 win in the first leg at the El Madrigal. Let’s take a look at this game.

The first leg between these two sides was decided in the last minutes of the game. Before this, Goncalo Guedes opened the score for Valencia, but the veteran Santi Cazorla equalised for Villarreal after a penalty kick.

Valencia killed the game, probably the tie as well, in the last few minutes of the match. First Daniel Wass made it 1-2, while just two minutes later Goncalo Guedes again made it 1-3 after an assist from Denis Cheryshev. Most probably these two late goals by Valencia decided everything in their favour.

Of course, Villarreal have a more important goal to chase. The club is fighting for its survival in La Liga, which is absolutely their priority at the moment. Reaching the Europa League 1/4-finals is a pretty good achievement, but you can be sure that for the Yellow Submarine surviving in the league is much more important. It’d be curious to see how the manager Javi Calleja will approach the second leg at the Mestalla. Don’t be surprised if he gives a rest to some of his main players on Thursday night. 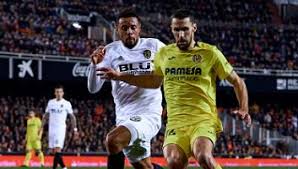 As for Valencia, they are already touching the 1/2-finals of the competition. After such a confident win in the first leg, it would be very surprising if Los Che don’t eliminate their opponents.

Valencia clearly have the advantage against Villarreal before this clash at the Mestalla. Marcelino’s team is really close to reaching the next phase of Europa League. The only thing they must do now is finish what they started.