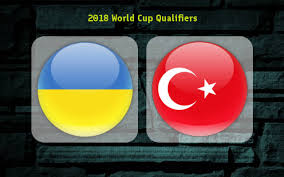 Ukraine hosts Turkey in a very decisive match from Group I of the World Cup qualifiers in Europe. The game is going to be played in Kharkiv on Saturday night.

Why is this game decisive? Because both teams are still in the mix for the first two places in the group, who are currently taken by Croatia and Iceland. The first two teams in this group have 13 points each, while Ukraine and Turkey follow with 11.

Just how you could see, these two sides are very close to their goal – just two points away, but they must continue winning until the end of the campaign, if they want to move ahead of Croatia or Iceland. This is one of the most interesting groups in Europe at the moment.

Ukraine suffered a dissapointing loss during their visit to Croatia, which was followed by a win against Finland in the next game. Shevchenko’s team won three of its last five matches in the group. Its record is 3 wins, 2 draws and one loss. Goal difference is 9:5.

Turkey on the other hand are enjoying a run of three consecutive wins over Kosovo, Finland and Kosovo again. They had an easy schedule against the weakest two teams in group and they enjoyed quick 9 points being added to their active. But now they will have a much more tougher job against the strong side of Ukraine. Especially away from home.

We could say that these two teams are fairly even in their quality. They are both motivated to qualify for the World Cup and they understand that their position is complicated. And that they need to win this match, if they want to keep their chances. This is why we expect a really great game of football in Kharkiv. Are you ready for this?