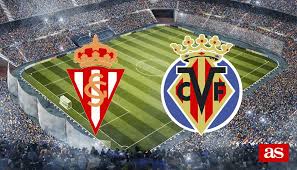 Sporting Lisboa welcomes Villarreal in a first match from the 1/16-finals of the UEFA Europa League. Let’s take a look at this game in the beautiful capital of Portugal.

Sporting reached the 1/16-finals of the competition after finishing second in Group E. The Lions were beaten by Arsenal for the first place, but left Vorskla and Qarabag behind them. They finished their participance in the group with 13 points won and a positive record of 4 wins, 1 draw and 1 loss. Their only defeat in this group came against the team which won it – Arsenal.

In the Portuguese Primeira Liga Sporting are currently 4th in the standings with 42 points, being on 9 point behind the leader Porto. Lately the Lions are not in a perfect shape, which can be seen in their recent results – just 2 wins for them in the last 5 matches.

In their last game Sporting enjoyed a win, though, beating Feirense with 3-1 away from home.

Villarreal qualified for the 1/16-finals after winning Group G 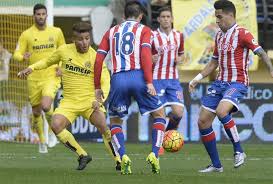 . The Spanish side beat Rapid Wien for the first place, while Rangers and Spartak Moscow left the competition. In this group the Yellow Submarine won 10 points and finished with a record of 3 wins, 1 draw and 2 losses.

But the real problem for Villarreal is their performance in La Liga. They are currently 19th in the league standings, being in the relegation zone. Right now Villarreal are 4 points behind the 17th Girona and the safe zone. For them it would be a huge failure if they get relegated to Segunda. That’s why we think that Villarreal will prioritize La Liga, leaving Europa League behind.

That’s our thoughts about the Europa League game between Sporting Lisboa and Villarreal on Thursday.