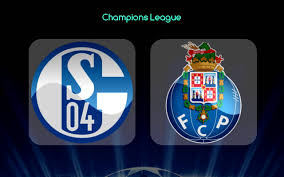 Schalke 04 returns to the Champions League with a home game against Portuguese giants Porto at the Veltins Arena in the city of Gelsenkirchen. Let’s take a look at this match and see what’s going on with these two teams.

Schalke returned to the Champions League after finishing second in the Bundesliga last season. The Royal Blues made a great campaign and finished only behind the champion Bayern Munich. This led Schalke’s fans to believe that their favourite team is finally starting to get back on its feet. But the way Schalke started the new season in the Bundesliga is worrying.

Right now the Royal Blues are in the relegation zone of the Bundesliga, being 17th in the standings without a single point won from the first three matches. This is really a terrible way to start the new season. Especially for a team which finished 2nd in the league just a few months ago.

Schalke’s manager Domenico Tedesco admitted that the situation is delicate for Schalke. They are about to start their campaign in the Champions League, but their confidence is really low at the moment. The question is – can they forget what happened so far and bounce back on their feet before welcoming Porto?

Speaking of Porto, the Dragons are currently 4th in the Portuguese Primeira Liga with 9 points won from the first 4 rounds. Porto have a record of 3 wins and one loss since the start of the new season, being on one point behind the leader Benfica.

Taking into account Schalke’s form since the beginning of the season, we can assume that maybe Porto are the favourite here. The German team has some serious trouble at the moment and it’s not clear if they can recover in time to face the Portuguese club. But let’s see what’s about to happen.