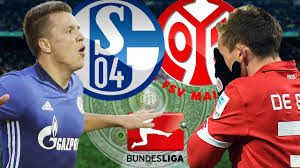 Schalke 04 hosts Mainz 05 in a match from the 6th round of the German Bundesliga. Let’s have a look at this game at the Veltins Arena in Gelsenkirchen.

Schalke had the worst possible start of the new season. The Royal Blues conceded five losses in their first five matches played this season. This is hard to believe, especially given the fact that last season Schalke finished 2nd in the Bundesliga and qualified for the Champions League.

It’s really unexplainable why the Royal Blues are so bad since the beginning of the campaign. Schalke’s fans hoped that the team would improve in the previous round against Freiburg, but Schalke once again suffered a defeat. Freiburg’s Florian Niederlechner scored the only goal at the Schwarzwald-Stadion 7 minutes after the break and Schalke didn’t have any response to this.

Mainz 05 started the season much better, currently being 7th in the Bundesliga standings with 8 points won and a record of 2 wins, 2 draws and 1 loss. Mainz’ only loss for the season came during the visit to Bayer Leverkusen. This defeat was followed by a 0-0 draw with Wolfsburg in the last round at the Opel Arena. Both teams had some chances to win, but the draw remained until the end.

For this game Schalke can’t use the injured Benjamin Stambouli and Bastian Oczipka, while Weston McKennie, Steven Skrzybski and Sascha Rietner are under a question. The good news come from the recovery of Johannes Geis, who is ready to play.

Mainz 05 can’t use the injured Emil Berggreen and Gerrit Holtmann, while Daniel Brosinski, Niko Bungert and Rene Adler are doubtful for the next game. Danny Latza and Alexander Hack are ready to come back on the pitch.

These are our thoughts about the Bundesliga clash between Schalke 04 and Mainz 05.