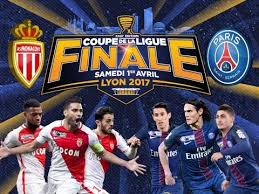 PSG welcomes Monaco in a thrilling 1/2-final game for the Coupe de France at the Parc des Princes in Paris.

In a moment in which these two teams are seriously fighting for the title in Ligue 1, one of them is also going to reach the final of the Coupe de France. PSG will have the advantage to play at home, but let’s see if this fact is going to have a crucial influence on the final score.

Last year Coupe de France was won by PSG, who also won it in 2015 as well. This season the Parisians will try to make a hattrick of three consecutive wins in the competition. They have won the competition 10 times in total, which makes them the most successful club in it, alongside Olympique de Marseille.

AS Monaco have won Coupe de France 5 times in total, for the last tme – in 1991. They were finalists in 2010, but they suffered a defeat against PSG.

These two teams continue to fight for the title in Ligue 1 as well, both having 80 points won so far. We should note though that PSG have played one more game than Monaco, which gives Leonardo Jardim’s team a serious advantage.

PSG and Monaco also met in the final of the Coupe de la Ligue in April. The game was played in Lyonnais and ended in a catastrophic way for Monaco, who have lost the clash with 1-4. Now they will have the chance to redeem themselves and win a place in the final of the competition.

We could say that Monaco are the more impressive team in France this season, having scored 92 goals in the league so far. But in same time, PSG will have a serious advantage in playing at home, so this could be a crucial factor for the final result.