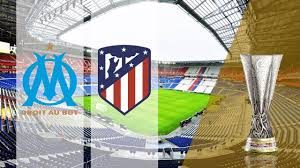 The big day for Olympique Marseille and Atletico Madrid has arrived. Tonight in Lyonnais these two teams will meet in the big final of Europa League. One of these two sides will win the second most important trophy in European football.

All of the pundits admit that Atletico Madrid are the big favourites here. Diego Simeone’s team have rich experience in Europe in the last few years. We are just going to remind you that Atletico won Europa League twice in the last 8 years and reached the Champions League final also twice for this period of time.

In other words, Atletico Madrid knows how to play in Europe and how to win trophies. For them it was dissapointing to quit the Champions League after the group stage, but it opened another opportunity for them – to win this trophy once again.

In the previous round Atletico did the job against Arsenal. They had to dig deep, because in the first match at the Emirates they played with 10 men in most of the time. But they showed how good and how disciplined they are in defense. And how they can use every opportunity in attack they could have.

Olympique Marseille on the other hand also had some tough moments in their road to the final. During the 1/4-finals they lost the first leg against RB Leipzig, but a thrilling 5-2 win in the rematch allowed them to reach the 1/2-finals. Against Red Bull Salzburg they had to play extra times, before scoring a crucial away goal to reach the final.

Marseille’s manager Rudi Garcia admitted that the French teams is the underdog here. But sometimes this is good. Sometimes this gives the weaker team a bigger chance to win. Atletico Madrid are the favourites, but they have to play on one hundred percent in order to win.