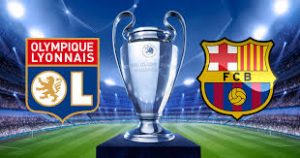 Olympique Lyonnais welcomes Barcelona in a first 1/8-final from the Champions League between those two sides on Tuesday night. Let’s take a look at this fixture at the Groupama Stadium real quick.

Olympique Lyonnais finished second in their group, but unbeaten. The French team shocked Manchester City at the Etihad, doing five consecutive draws after this. With 8 points won and no losses, Bruno Genesio’s team managed to finish behind the leader Man City and reach the knockout phase of the Champions League.

Although they failed to win again after beating City, Lyonnais proved to be a very capable team. They are showing it in the French Ligue 1 as well, where they are currently 3rd in the standings with 46 points. In their last five games in the league they won four times, losing only once against Nice away from home. 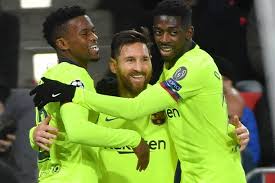 the Catalans didn’t have any problems to beat Tottenham, Inter and PSV for the first place in their group. Los Cules also finished unbeaten in their group, showing some solid form in the competition. Barca are playing for their first triumph in the Champions League since 2015, when they were managed by Luis Enrique.

In the Spanish La Liga Barcelona are leading the standings with 54 points, having a healthy 7 points advantage in front of the 2nd Atletico Madrid. Ernesto Valverde’s team is marching on towards another domestic title, but the big dream remains a Champions League triumph.

We shall expect a thrilling game at the Groupama Stadium in Lyonnais. Barcelona are surely the favourites against Olympique Lyonnais, but the French team is capable enough to hurt the Catalans. Barca’s manager Ernesto Valverde is aware that if his players underrestimate the game, they could have some serious problems on French soil. Let’s see what’s going to happen.