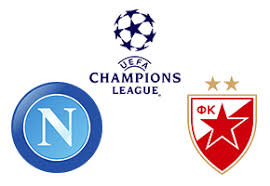 Napoli welcomes Crvena Zvezda in a match from the 5th round of the Champions League group stage. This is a game from Group C of the competition. Let’s take a look.

Napoli are leading the group at this moment with 6 points won and a record of 1 win and 3 draws. Right now they are the only unbeaten team in the group. Carlo Ancelotti’s team is in a very good position at the moment to chase a qualification for the 1/8-finals. But they need to beat Crvena Zvezda.

The Serbian champion already stole some points from Napoli. This happened in the first round of the group stage, when their match in Belgrade ended with a 0-0 draw.

Surprising for many, but Crvena Zvezda have 4 points won in this very difficult group. The Serbians beat Liverpool in the previous round, which was quite shocking to see. Milan Pavkov scored a brace for the former European champions, putting Liverpool on their knees.

When the group stage began, many people thought that Crvena Zvezda would hardly win even a point in this group. But now they even have a chance for something more in the group, athough it’s going to be very difficult to achieve.

In the Italian Serie A Napoli are currently second in the standings, being behind the leader Juventus. Beating Juve for the title seems very hard, so Napoli will concentrate on doing as good as possible in the Champions League. Their first goal now is reaching the 1/8-finals of the competition.

Meanwhile Crvena Zvezda are leading the standings in the Serbian Super Liga with a huge advantage in front of the 2nd Radnicki. They are marching towards another domestic title.

This is what we had to say about the Champions League clash between Napoli and Crvena Zvezda at the Stadio San Paolo.