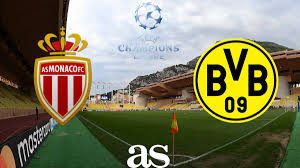 Monaco welcomes Borussia Dortmund in a game from Group A of the Champions League. This match is much more important for the German team, than it is for the home side. Let’s take a look.

Monaco will finish 4th in this group. Right now the French club is at the bottom of the group, having won just 1 point so far. In its other four matches Monaco suffered defeats. This season is pretty hard for the former Ligue 1 champions. In the French league they are fighting against relegation, so it’s pretty normal for them to do bad in the Champions League as well.

Thierry Henry’s team doesn’t have any chances to beat Club Brugge for the 3rd place in the group, so for Monaco this game is all about prestigie and nothing else. It won’t be surprising if Henry gives a rest to his key players, keeping them fresh for the next Ligue 1 game.

In their last game in the tournament Monaco suffered a 0-2 defeat during the visit to Atletico Madrid at the Wanda Metropolitano. 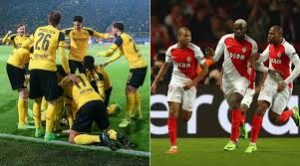 For Borussia Dortmund on the other hand this match is much more important. Right now the German team is 2nd in the group, being 2 points behind the leader Atletico Madrid. This means that Dortmund still have chances to finish first in the group, if they beat Monaco. And depending on the result between Club Brugge and Atletico Madrid, of course.

So far this season is pretty good for Dortmund. Lucien Favre’s team is leading the standings in the German Bundesliga, fighting for the title. Now they will aim to win at Monaco and they will hope that Club Brugge will help them in the other game.

These are our thoughts about the Champions League

clash between Monaco and Borussia Dortmund.