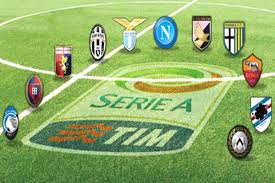 Milan hosts Fiorentina in a game from the last 38th round of the Italian Serie A. The game is going to be played on Sunday evening at the Stadio San Siro in Milan.

For Milan it was just another mediocre season. In the summer the Rossoneri spent around 200 million euro for new players, but they didn’t improve at all. We also saw a managerial change in the club with Vincenzo Montella being replaced by club legend Gennaro Gattuso.

It’s hard to say that Gattuso improved the team much more. Right now Milan are 6th in the Serie A with 61 points and a record of 17 wins, 10 draws and 10 losses. Before the beginning of the season Milan’s goal was to finish in the Top 4 and qualify for the Champions League. But now they will have to wait for another season before trying again.

At least Milan are in a good position to secure their qualification for Europa League. If they beat Fiorentina on Sunday night, they will finish 6th in the league. Which, of course, is not going to be a success for the club, but at least it would be something in this bad season for the club.

Fiorentina also didn’t have the best season. The La Viola are 8th in the Serie A with 57 points. Just like Milan, Fiorentina had aspirations to do better and at least finish in the Top 6. Right now they are 3 points behind the 7th Atalanta and 3 points ahead of the 9th Sampdoria. And just like Milan, they will wait for the next season to do better.

Right now Fiorentina have a record of 16 wins, 9 draws and 12 defeats. In their last five games they won twice and suffered three defeats, including against Cagliari in the previous round.