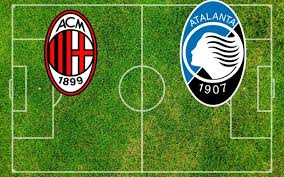 Milan hosts Atalanta at the Stadio San Siro in a match from the 5th round of the Italian Serie A. Let’s take a look at this game at the beautiful city of Milan.

The Rossoneri have played just three matches in the Serie A so far, having a record of one win, one draw and one loss. They are currently 15th in the standings, but a win against Atalanta could improve their position with a few places up.

Milan started their season with a loss against Napoli, which was followed by a first win for the season against Roma. In the previous round Gennaro Gattuso’s boys made a 1-1 draw against Cagliari away from home. Joao Pedro gave Cagliari the lead, but Gonzalo Higuain managed to equalize for the visiting team.

During the week Milan had a game in Europa League as well. The Rossoneri had a visit to Luxembourg, where they met Dudelange and won with 1-0. The only goal in the match was scored by Gonzalo Higuain again.

Atalanta didn’t have the best start of the new season. Gian Piero Gasperini’s team kicked off its campaign with a win against Frosinone, but this win was followed by a draw against Roma and two consecutive defeats against Cagliari and SPAL. Surely the club’s fans didn’t expect this, because Atalanta were very good in the last two seasons. But clearly they are having some trouble since the start of the new campaign.

It’d be curious to see how Milan’s match in Europa League will affect them against Atalanta. The visiting team is not playing in Europe anymore, so we can suggest that Atalanta will be the fresher team here. Milan’s coach Gennaro Gattuso will have to find the best starting eleven to field against Atalanta. It won’t be an easy game for Milan.