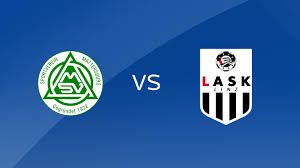 Mattersburg hosts LASK Linz in a match from the last 36th round of the Austrian Bundesliga. Now is the time to see what’s going on with these two sides.

Mattersburg need a point to be sure that they will keep the 6th place in the standings. Right now they have an advantage of 3 points ahead of the 7th Austria Wien. They have 43 points and a record of 11 wins, 10 draws and 14 defeats since the beginning of the campaign. In their last five matches Mattersburg won just once – against Austria Wien. They also made two draws and suffered two losses.

In the last round Mattersburg suffered a 0-1 defeat during the visit to the champion Salzburg. But here’s the moment to say that Mattersburg were very close to win a point at the Red Bull Arena. It was 0-0 until the last seconds, when Fredrik Gulbrandsen scored the winning goal for Salzburg. But in general, it was a good performance from Mattersburg.

LASK Linz on the other hand will finish 4th in the Bundesliga, which will allow them to participate in Europa League next season. Right now LASK have 57 points and a record of 17 wins, 6 draws and 12 losses. In their last five games LASK won twice, but also suffered three consecutive losses.

In the previous round LASK hosted Wolfsberger AC at the TGW Arena, but suffered a 1-3 defeat. Joao Victor scored the only goal for LASK, but it was far from enough for something more in the match.

How we said, for LASK Linz the most important thing is that they managed to finish in the Top 4. This will allow them to try their luck in the Europa League next season. Now they will try to finish the season in a good way against Mattersburg.