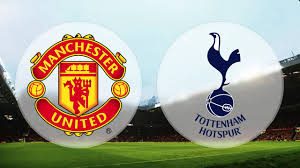 Manchester United faces Tottenham Hotspur in a match from the FA Cup 1/2-finals. This game is going to be played at the Wembley Stadium and one of these two teams will reach the final of the competition.

In the previous round Manchester United didn’t have problems against Brighton & Hove Albion, beating them 2-0 at home to reach the semifinals. Meanwhile Tottenham scored three times against Swansea to do the same. And now these two giants of English football will have to face each other at the Wembley.

In the Premier League both teams are currently positioned in the Top 4 of the league. Manchester United are 2nd, only behind the new champion Manchester City, while Tottenham are 4th.

Let’s have a look at the current form of the two sides. Manchester United won four of their last five games, although they suffered a surprising home loss against West Bromwich Albion at the Old Trafford. Few days after this Jose Mourinho’s side managed to beat AFC Bournemouth away from home.

Meanwhile Tottenham won three of their last five matches, but in their last two they are without a win – a loss against Manchester City and a draw against Brighton & Hove Albion. Is this a sign that Tottenham are not in their best condition at this moment? We shall see this on Saturday against United at the Wembley.

This is an important competition for both teams, mainly because this is their only chance of winning a trophy. Every big team wants to finish the season with something big being won and in the case of Manchester United and Tottenham, this could be only the FA Cup.

In the final of the competition, one of these two teams will meet someone between Chelsea and Southampton. They are going to face each other in the other 1/2-finals.

This is our take on the FA Cup 1/2-final between Manchester United and Tottenham Hotspur. Good luck with this one!