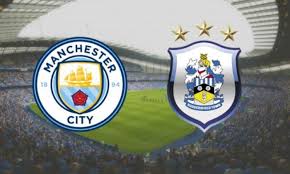 The champion Manchester City welcomes Huddersfield Town in its first home game for the season in the Premier League. Let’s see what’s the situation with these two teams right now.

Just as a real champion, Manchester City started the new season in an impressive way – beating Arsenal at the Emirates Stadium. Despite the absence of some key figures, Pep Guardiola’s team orchestrated a 2-0 win in London, thanks to the goals of Raheem Sterling and Bernardo Silva. In this way City showed everyone that they are ready to chase the title again, after winning the gold medals with the record breaking 100 points last season.

But there are some bad news for the Cityzens. The Belgian maestro of the team Kevin De Bruyne got injured in training, so he’s about to miss maybe one or two months of the season. This is a huge blow for City, because De Bruyne is just instrumental for the team’s success. But one thing is for sure – the champions have enough depth and options to replace the Belgian, although fully replacing him is just impossible because of his quality.

Huddersfield Town started the new campaign with a 0-3 loss at home against Chelsea. David Wagner’s boys gave their all against the Blues, but Chelsea looked inspired under the management of their new head coach Maurizio Sarri. Huddersfield were outperformed at the John Smith’s Stadium, so their loss is not anything surprising at all.

Despite of the injury of Kevin De Bruyne, Manchester City remains a strong favourite against Huddersfield Town, especially at home. The manager Josep Guardiola knows that this season the competition for the title is going to be even bigger, so he’d like his team to win matches like this one. As for Huddersfield, they will be in a tough fight for survival.