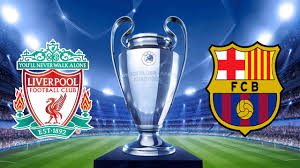 Liverpool hosts Barcelona in a second 1/2-finals game from the Champions League on Tuesday night. Here is our take on this clash at the Anfield Stadium.

Liverpool’s task in order to reach the final is very complicated right now. The Reds suffered a devastating 0-3 defeat in the first game at the Camp Nou, which puts Barcelona in a very favourable position. Right now Jurgen Klopp’s team needs a really historical performance in order to neutralise Barca’s advantage and reach the big final in Madrid.

But Jurgen Klopp has some serious problems before this second leg. One if his problems is the fatigue – unlike Barca, he doesn’t have the chance to rest his players. All of his stars played against Newcastle in the weekend, which was a really difficult game.

In addition to this, players like Roberto Firmino and Naby Keita are not going to be avaliable for selection, while Mohamed Salah could also miss the game. The Egyptian star recieved a hit in the head against Newcastle, so it’s not clear if he’s going to play against the Catalans.

Meanwhile Barcelona’s manager Ernesto Valverde rested all of his key players against Celta during the weekend. Barca already won the title in Spain, so this is giving Valverde the chance to rotate his squad and keep his players fresh. This could be really decisive on Tuesday night.

Barcelona are aware that just one away goal in Liverpool’s net is going to decide the tie in their favour. Most likely Los Cules will try to do this and score in Alisson’s goal. If they manage to do it, the tie is just over.

That’s our evaluation on the second Champions League 1/2-final between Liverpool and Barcelona on Tuesday night. Barca are the clear favourite here, but in this competition we have seen all kind of surprises. Let’s see.