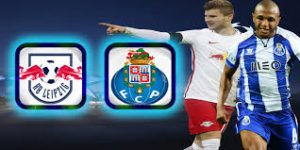 RB Leipzig hosts Porto in a match from Group G of the UEFA Champions League.

The German team is a debutant in the Champions League. Last season RB Leipzig shocked everyone, finishing second in the German Bundesliga. They performed in a brilliant way, especially with the status of a newcomer in the league. Reaching the Champions League group stages was the ultimate prize for them.

But in same time the club’s fans probably hoped for a better beginning in the Champions League. RB Leipzig won just one point from the first two games in Group G. This happened against Monaco at home. In the next round the German side lost against Besiktas in Istanbul. With just one point and a goal difference of 1-3, RB Leipzig are one the last place in the group at the moment.

Porto on the other hand started their participation in the group in a very interesting way. The Portuguese giant lost against Besiktas in the first round, but right after that The Dragons celebrated a terrific win with 3-0 against Monaco away from home. This is surely something which brought them back in the battle for the first two places in the group.

For RB Leipzig this game is all or nothing. The German side will lose a lot of its chances to progress in the tournament, if they fail to beat Porto at home ground. And you can be sure that their ambition is to progress.

If we speak about experience, Porto is the team with much more experience in the tournament. They are two time winners of the tournament and one of the biggest clubs in the history of Portuguese football. But is this going to be enough to win against in Leipzig? If they play like they did in Monaco, they will have solid chances to do it.