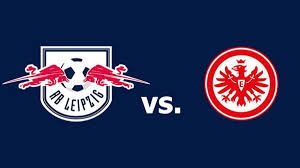 RB Leipzig welcome Eintracht Frankfurt in a game from the 21th round of the English Premier League. Let’s take a look at this clash at the Red Bull Arena in Leipzig.

RB Leipzig are having another good season. They are currently 4th in the standings with 37 points and a record of 11 wins, 4 draws and 5 losses. In their last five games Leipzig won three times, but also suffered two defeats from the hands of Bayern Munich and Borussia Dortmund.

In their last game RB Leipzig enjoyed a stellar 3-0 win over Hannover 96 away from home. Marcel Halstenberg opened the score for the visitors via a penalty kick, while Willi Orban added two more goals for the visiting team. It was a pretty comfortable win for Ralph Rangnick’s team.

Right now RB Leipzig have 5 points advantage in front of Eintracht Frankfurt at the 4th place, so they’d like to increase this gap if it’s possible.

Eintracht Frankfurt are 5th in the league with 32 points won so far. They have 9 wins, 5 draws and 6 losses in the matches so far. In their last five games Eintracht won only once – against Freiburg. They also made three draws and suffered one defeat.

Right now Eintracht are in a run of two consecutive draws, recorded against Werder Bremen and Borussia Dortmund. Last season Eintracht won the DFB Pokal, but now their goals are different – to finish in the Top 4 and to participate in the Champions League. And now they are facing a direct rival for this. They have to give all they can in order to win and reduce the gap to the 4th place.

That’s our look at the Bundesliga fixture between RB Leipzig and Eintracht Frankfurt at the Red Bull Arena in Leipzig.