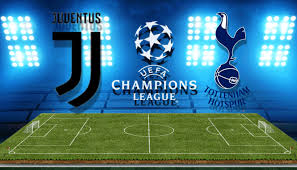 Juventus and Tottenham Hotspur are facing each other in a game from the 1/8-finals of the UEFA Champions League. The clash is going to be played at the Juventus Stadium in the city of Turin.

Last season Juventus reached the final of the competition, but Max Allegri’s team was beaten by Real Madrid. Now the Bianconeri have the same goal – to reach the match for the title, but this time to win it. Juventus have not won the Champions League from 1996, so it’s a pretty long drought for one of greatest football clubs in the world. In the last few years Juve are dominating the Italian Serie A, but they are still looking for an European triumph as well.

The English team showed its true power during the group stage, when Spurs won their group with leaving Real Madrid 2nd. Something more – Tottenham finished the group stage unbeaten, winning against Real Madrid at the Wembley. This showed us that Mauricio Pochettino’s team have enough power and quality to compete with the best. How far could Tottenham go in this competition? Well, you can be sure in one thing – they have enough confidence and class to do something big.

During the Juventus – Tottenham game we are about to witness some great duels in the offensive aspect of the game.

Juve have forwards like Gonzalo Higuain and Paulo Dybala, while Tottenham will rely on Harry Kane and Delle Alli. It’s going to be great to watch these amazing player against each other on the pitch. Especially Harry Kane is amazing this season, scoring in almost every game of his team.

This game is hard to predict. Because this is a first clash, maybe the two teams will be more cautious in their approach. We shall wait and see!