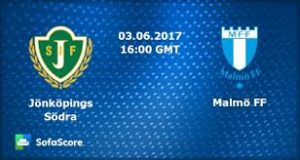 Jönköpings Södra hosts the champion and current leader Malmö FF in a game from the 12th round of the Swedish Allsvenskan.

We could say that there’s a big contrast in the way these two teams perform since the start of the season. Jönköpings Södra are currently 11th in the league standings and it’s hard to say that they are impressing anyone with their performance. They have 14 points won so far, having won 3 of their first 11 games and making draws in 5 of them.

And their current form is not good at all. Jönköpings Södra won just one of their last five matches, being without a win in four games in a row already. In their last match they ended their visit to Hammarby with a 2-2 draw.

As for Malmö FF, it’s totally different for the champions. They are currently leading the standings with 24 points, having the same amount of points with the 2nd Norrköping. They have won 7 games out of 11, doing 3 draws and losing just once – against Norrköping at home. They have scored 18 goals so far in the league and conceded just 9.

It’s not a secret that Malmö FF are once again the big favourite for the gold medals in the Allsvenskan. Norrköping are so far showing potential to trouble the champion, but according to the pundits, Malmö FF remains the strongest team in Sweden right now. Let’s see how they will deal in their next test away from home.

As for Jönköpings Södra, last year they ended their campaign at 12th place. They are a typical mid-table team in the Swedish league, so it’s hard to expect great things from them at the moment. We could say that a mid-table finish will be their ultimate goal during the campaign once again.