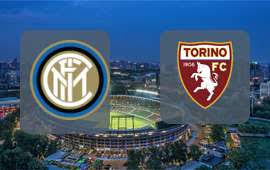 Inter hosts Torino in a game from the second round of the Italian Serie A. Let’s take a look at this clash at the Stadio San Siro in the city of Milan.

Inter began the new season in a very dissapointing way, losing their visit to Sassuolo. The Nerazzurri lost the game with 0-1, thanks to Domenico Berrardi’s only goal from a penalty kick. Luciano Spalletti’s team is determined to once again finish in the Top 4 and play in the Champions League, but this was really a foul start for them.

The last season was success for Inter. The club returned to the Champions League after a long wait. With Juventus dominating the league, it’s difficult to talk about winning the title. But another Top 4 finish would be a very good performance for the Nerazzurri.

Of course, the lost against Sassuolo was not accepted well in Milan. The fans were angry, because their team lost points in the first week of the league. Many of them think that Inter shall not be losing points against teams like Sassuolo. And they are probably right.

Torino kicked off their season with a loss, too. The Bulls suffered a 0-1 defeat at home against Roma. The only goal in the match was scored by Edin Dzeko just one minute before the end, which was especially heartbreaking for Torino. The home team was very close to winning a point against one of the best teams in the country, but Dzeko’s late goal crushed them.

This is our take on the Serie A clash between Inter and Torino at the Stadio San Siro. Both teams are looking to win their first points for the season, with Inter being a favourite. The Nerazzurri are playing at home, so their fans expect a win.