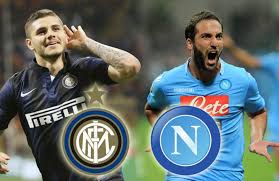 Inter welcomes Napoli in one of the most interesting matches of the 34th round of the Italian Serie A.

We could say that these two teams are on a totally different note this season. Napoli are trying to secure their Champions League place for the next season, currently being 3rd in the Serie A standings. They still have a chance to attack the 2nd place and eventually beat Roma for the direct Champions League qualification.

As for Inter, this is just another mediocre season for the Nerrazurri. The Milan giants are currently 7th in the league standings and they didn’t win neither one of their last five matches in the Serie A, losing three of them. They still have a slight chance of quailifying for the Europa League, but it doesn’t seem very likely at the moment.

Inter’s manager Stefano Pioli has a full squad on his disposal, with the only exception being Cristian Ansaldi, who is doubtful for the clash.

As for Napoli, Maurizio Sarri also have the luck to has a full and healthy squad, so we should expect to see the best of Inter and Napoli at the Stadio San Siro in Milan.

When the two teams met in December, Napoli didn’t show any mercy to the Nerrazuri, winning with 3-0 at the Stadio San Paolo in Naples. The last time when Inter and Napoli met at the Stadio San Siro, Inter won with 2-0.

Even with Napoli being the heavy favourite, let’s see if Inter are able to surprise their opponent, playing at their own San Siro. It should be a good game!