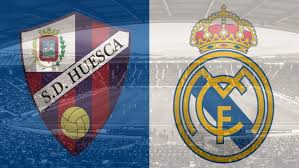 Huesca welcomes Real Madrid in a game from the 15th round of the Spanish La Liga. Let’s take a look at this match and see what’s going on with these two sides.

Huesca are in a deep trouble right now. The newcomers are 20th in La Liga’s standings, having won just 7 points in the league so far. Their record at this moment shows just 1 win, 4 draws and 9 losses. Currently Huesca are 7 points behind the 17th Villarreal and the safe zone. This means that they need something heroic in order to keep their place in the elite division.

In their last five matches Huesca are without a win – two draws and three losses. In their last game they suffered a 0-2 defeat during their visit to Celta in Vigo. The two goals in Aleksandar Jovanovic’ net were scored by Celta’s main man Iago Aspas.

Real Madrid on the other hand are 5th in La Liga’s standings with 23 points won and a record of 7 wins, 2 draws and 5 defeats. In their last five matches Los Blancos won three times and made two draws.

In their last fixture the European champions celebrated a 2-0 win over Valencia at the Santiago Bernabeu. Valencia’s Daniel Wass’ scored himself an own goal after just 8 minutes of playing, while Lucas Vasquez decided everything with a second goal in the 83th minute. 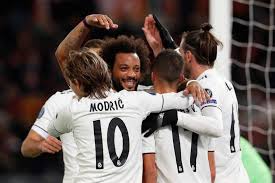 are 5 points behind the current leader in La Liga Barcelona, so they can’t afford mistakes at this moment. They need to do some catching up, so Madrid’s only option against Huesca is the win.

Of course, Real Madrid are the big favourite against Huesca. After all, Huesca are a team which have won just 7 points since the beginning of the season.