The teams of Tunisia and England meet each other at the Volgograd Arena in Volgograd in a game from Group G of the FIFA World Cup in Russia. Let’s take a look.

For Tunisia this is a return to the World Cup after missing the last two tournaments in 2010 and 2014. In 2006 the African team ended its participation in the group stages, just like every other time they have participated in the competition. For Tunisia this is going to be a 5th participation at the World Cup, but it’s hard to say that so far they have made any positive impression with their performances.

Tunisia gained their place at the World Cup after winning Group A in the African qualifying zone. They finished unbeaten in the group with 4 wins and 2 draws and 14 points won. It was a close fight in the group, because the Eagles of Carthage finished with just one point above Congo DR. They scored 11 goals during the qualifiers and conceded just 4.

In the friendly matches after the end of the quailifiers, Tunisia enjoyed two wins over Iran and Costa Rica, made draws with Portugal and Turkey and suffered a defeat from the hands of Spain. We can conclude that Tunisia performed very well during these friendly games and for them it was a solid preparation for the World Cup. But it’s far more important what the Africans will do now, when they’re already on Russian soil.

England are still waiting for another impressive performance at the World Cup. Since winning the competition in 1966, the Three Lions are being unable to reach the final. The English fans suffered a lot of dissapointment in these years, so everything in England hopes that now things are going to be different. Especially with this current team, filled with young and talented players, hungry for some internatinal success.

During the qualifiers England did well and didn’t face any problems in wining their group. The Brits dominated Group F and won it with a record of 8 wins and 2 draws from 10 games played. The managed Gareth Southgate did well during the qualifiers, because of which he recieved a permanent contract from the English FA.

In the friendly games after the end of the qualifiers, England went unbeaten in 6 matches, winning against Netherlands, Nigeria and Costa Rica and making draws against Germany, Brazil and Italy. These were some serious opponents for England, so it’s impressive that the Three Lions didn’t suffer neither one defeat in those games.

The Tunisian squad have some players, who are signed to European clubs. These are people like Montpellier’s Ellyes Skhiri, Nice’s Bassem Srarfi, Dijon’s Naim Sliti and Gent’s Dylan Bronn. Many of the Tunisia’s national team play in the country’s domestic league as well. 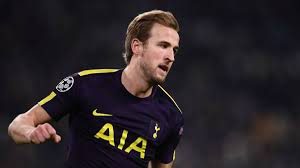 How we said, England on the other hand have an young and hungry national team, which is ready for something more in Russia. The Three Lions have some talented players like Harry Kane, Raheem Sterling, Marcus Rashford, Dele Alli and Eric Dier, who are ready to leave their mark on Russian soil. Many pundits say that this is the most exciting English team from years and we tend to agree. But these are just words, because we are still about to see these boys in action. It’s far more important what they are actually going to do.

This is our examination of the World Cup game between Tunisia and England. We consider the English team a strong favourite here. We won’t be surprised to see the Three Lions winning more than one goal of difference.