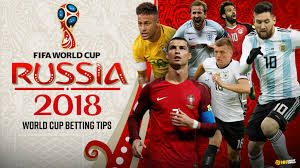 The teams of Senegal and Colombia face each other in a match from Group H of the FIFA World Cup in Russia. This game is crucial for both teams, because both of them are playing to qualify for the 1/8-finals. The winner here will play in the next phase of the competition, so the odds are pretty big.

Senegal are second in Group H with 4 points won so far from the first two games. Colombia are third with 3 points. This means that Senegal would be happy even with a draw, because the draw will qualify them for the 1/8-finals. A draw could actually qualify both teams for the next phase, but depending on what Japan will do against Poland in the same time. Japan also have 4 points from the first two games.

The Lions of Teranga are still unbeaten since the beginning of the World Cup. Senegal started on high note with a win against Poland, which was followed by a dramatic 2-2 draw against Japan. The African team is proving to be a very capable squad, playing with a lot of hunger and energy. This is their second participation at the World Cup. In their debut appearance in 2002 they reached the 1/4-finals. Senegal are still unbeaten in the World Cup group stages – both in 2002 and 2018.

Colombia started bad the World Cup, losing against Japan in their opening game. Here’s the moment to remind that Los Cafeteros played almost the whole game with 10 men after the red card of Carlos Sanchez. In their second game the Colombians showed their true strenght and crushed Poland with 3-0. They proved that they are a very different team when playing with 11 men on the pitch.

It’d be curious to see which formation Senegal will use against Colombia. They started the World Cup with 4-4-2 against Poland, but against Japan switched to 4-3-3. Given the fact that they need just a draw aganst Colombia, and taking into account how dangerous are the Colombians, it won’t be a surprise if the manager Aliou Cisse chooses a defensive line-up for the match.

Meanwhile Colombia’s midfielder Carlos Sanchez is once again avaliable for selection. Sanchez was sent off against Japan in the opening round, so he watched the game against Poland from the stands. Now the head coach Jose Pekerman can use him again.

Jose Pekerman’s problems are related to the health of the midfielder Abel Aguilar. He got injured against Poland and got replaced by Mateus Uribe. It’s almost sure that Aguilar won’t play against Senegal, so he can recover for the next phase of the tournament. If Colombia reaches it, of course.

This is going to be a great World Cup game between Senegal and Colombia. Both teams will want to get a positive result from this match, because they are very close to the 1/8-finals. They can even qualify both, depending on what happens between Japan and Poland.