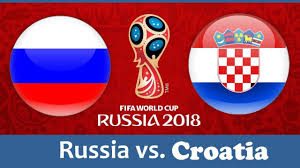 The host of the tournament Russia faces Croatia in a match from the 1/4-finals of the World Cup. This game is going to be played at the Olimpiyskiy Stadion in the city of Sochi. Let’s have a look.

Russia caused a huge upset during the 1/8-finals, eliminating after penalty kicks the 2010 champion Spain. The match ended with a 1-1 draw in the regular time. Russia mainly defended in this clash, being aware of the class of the Spanish side. Their performance in defense was almost perfect, which allowed them to try their luck in the penalties. The team’s captain Igor Akinfeev saved two penalties, which was enough for Sbornaya to progress in the competition.

Croatia also had to be involved in penalties in order to progress. The Balkan team eliminated Denmark in the 1/8-finals, after a 1-1 draw in the regular time. Just like Akinfeev, Croatia’s goalkeeper Daniel Subasic showed big class, helping his team to win.

Being the host of the competition, the Russian team will have the support of the stands. For Spain was really difficult to play with such an atmosphere in the stadium. You can be sure that it won’t be easy for the Croatian team as well.

Both managers have some problems before the game in Sochi.

Russia’s head coach Stanislav Cherchesov can’t use the experienced veteran Yuri Zhirkov, who is injured. The ex-Chelsea star will miss the game, which is a serious hit for the Russian team. Most likely Zhirkov is going to be replaced by Fedor Kudryashov.

The Croatian manager Zlatko Dalic will be without the services of Mateo Kovacic and Ivan Strinic, who are both injured. Everyone else at the Croatian team is healthy and ready to play.

Ten years after Euro 2008, Russia will try to reach once again the 1/2-finals of a big competition. Sbornaya shocked the whole world by eliminating Spain, but the time for celebration is over. Now the Russian side have another goal in mind – to do the same against Croatia and reach the final four of the tournament.

Meanwhile Croatia will try to repeat their performance from 1998, when they reached the 1/2-final of the World Cup in France. The Vetreni are having enough quality to chase this goal, there’s no doubt about that. But just ask Spain how difficult it is to play against the host of the tournament. The Balkan team have to be aware that it’s going to be pretty difficult for them.

We think that Croatia are favourites against Russia in this 1/4-final of the World Cup. They have superstars of the highest calibre in their squad and they are ready for something really big this year. But in same time, don’t underrestimate the Russian team too much. When you have beaten Spain, you can beat anyone else as well. Sbornaya will have the support of the stands and sometimes this is a game changer. Sometimes this is winning matches.