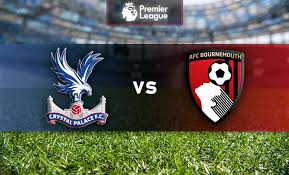 Crystal Palace hosts Bournemouth in a game from the last 38th round of the Premier League. Let’s take a look at this clash at the Selhurst Park in London on Sunday.

For Crystal Palace it was an okay season as they are currently 12th in the league with 46 points. They can even climb up to 11th place in the table, if they beat the Cherries and in same time West Ham suffers a defeat against Watford away from home. The difference between them is 3 points and Palace is the team with a better goal difference.

We can say that right now Roy Hodgson’s team is in a good form, winning 7 points in its last three games in the Premier League. The win over Arsenal at the Emirates was followed by a draw with Everton, followed by another win over Cardiff City.

In their last game against Cardiff Palace celebrated a 3-2 win at the Cardiff City Stadium. Wilfred Zaha, Michy Batshuayi and Andros Townsend scored for the visitors. With this win Palace sent Cardiff City back to the Championship. 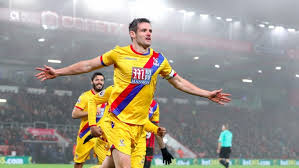 Meanwhile Bournemouth are 13th in the Premier League with 45 points won so far. They are only one point behind their next opponent Crystal Palace, so the Cherries could even climb up in the table with a win. So far in the league Eddie Howe’s team have a record of 13 wins, 6 draws and 18 losses.

In their last game in the league Bournemouth celebrated a win, beating Tottenham with 1-0 at the Vitality Staidum. In this game Spurs finished with 9 men on the pitch and lost the match with a late winner from Nathan Ake in the 91th minute.

That’s our look at the Premier League clash between Crystal Palace and Bournemouth on Sunday. Good luck, pals!